At MCLW, all our programs are designed to enhance and improve one’s experience of life. We strive to assist our guests in becoming more ‘mindful’ in their daily lives and believe that true meditation is being present, attentive, and engaged in life.

The cost is 60/person; $90/couple (Proceeds of this class are donated to sustainable programs.). 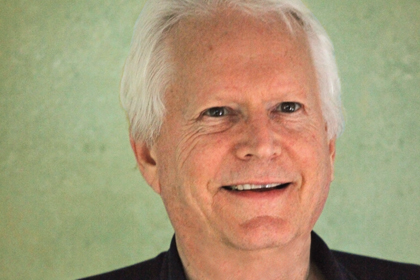 Jeff was trained as an anthropologist focusing on religion and culture, doing fieldwork in the 1970’s human potential movement. He learned that the changes sought by those in the movement must come from a new relationship with life, which, for him, began in the kitchen where decisions affect the practitioner and the planet. Jeff is a dowser working with energy, which led him to a vegan lifestyle.

What Meditation Isn’t – A conversation about “thoughtful meditation.” Jeff Stanford approaches meditation as inquiry – exploring what it is not. Meditation is beyond relaxation, which itself is healthful and important. Active meditation approaches the very nature of ourselves and life. It is the cultivation of a sensitive awareness that leads beyond thought. You’ll discuss tools to get started, if you are beginning to learn about meditation. Surprising as well as interesting and fun! 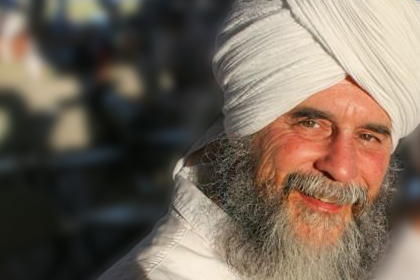 Dr. Siri Gian Singh Khalsa was born in Oakland and raised in Sacramento, CA. He holds a B.A in History from U.C. Berkeley, an M.A. from U.C.L.A. in African History, and a Ph.D. in Psychology from International College. Dr. Khalsa also studied at Menlo College, the University of Valencia (Spain), and the Sorbonne (Paris, France). He has taught Kundalini yoga, acupressure, psychology, gourmet raw food preparation and cleansing, shamanic studies, African History, Latin American History, and Western Civilization, in the United States and abroad. Siri Gian Singh has been a student of Kundalini Yoga, meditation and tantra for 40 years under the guidance of Kundalini and Tantra Yoga Master Yogi Bhajan, who gave him his spiritual name in 1974. He practiced Hatha Yoga and Transcendental Meditation for five years prior to meeting Yogi Bhajan.

“This is our favorite place, home away from home! Beautiful gardens, birds and butterflies everywhere. The most wonderful staff who are warm and inviting! We always love our rooms here with a nice comfortable bed with crisp white linens. We always have cool evenings and a nice fire to cozy us in. This is our home base as we go explore on day hikes and beach time. It is so quiet and peaceful here. We love having tea time overlooking the gardens all the way to the sea. We have never been disappointed during our stays here! We enjoy at lease one meal a day at the Ravens and we never feel out of place in our casual clothing. It is 5 star top notch but perfectly relaxed, just how we like things. Best of all our sweet pups are welcome! They tuck under the table during meals and lie by our feet in the common spaces by the bi fire as we have cocktails.”
– Cayce Wallace, Facebook

The Mendocino Art Center serves area artists as well as artists throughout the United States. All this is the nature of Mendocino, located about 150 miles north of San Francisco on Highway 1.

Besides the natural beauty, visitors to Mendocino will find a variety of things to see and do.

Hikers and mountain bikers enjoy bluff-top excursions to view seabirds, the seasonal gray whale migration and spring wildflowers. Nearby Big River Beach is ideal for family picnics and Big River is an ecological treasure which is easily explored by canoe or kayak which can be rented at Catch A Canoe & Bicycles, too! Montgomery Woods up Comptche Ukiah Road offers virgin redwood groves with the tallest living tree in the world.Redwoods and Douglas Firs dominate the Russian Gulch State Park as well as other nearby State Parks including Van Damme and Hendy Woods. Many of these parks allow dogs on their trails. And at MacKerricher State Park Lari Shea offer horseback riding along the beach.

Mendocino is the perfect destinations for gay and lesbian travelers as Mendocino is gay-friendly. Stanford Inn provides gay-friendly lodging, massage and vegetarian dining. Mendocino is truly a special destination – it is the “wine country coast” with Anderson Valley wineries within only twenty minutes drive and Sonoma’s fine wineries just an hour south.